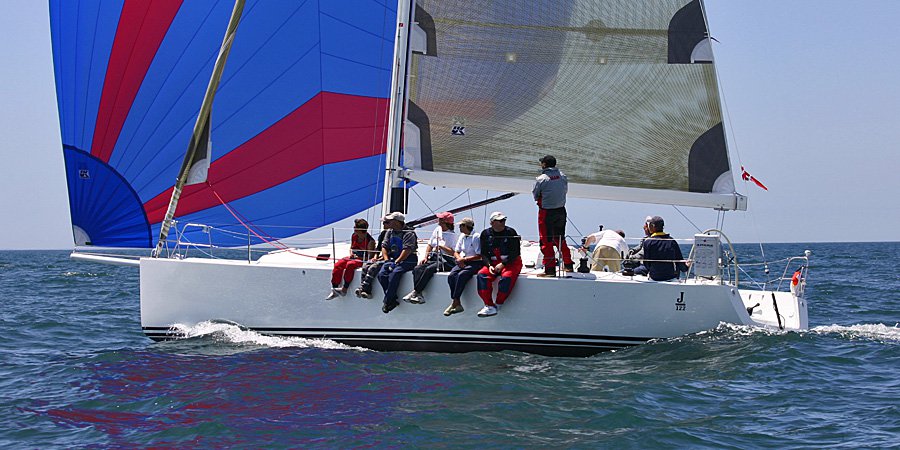 The J/122 is designed to be a fun, fast, efficient racing and cruising sailboat that can be sailed by a couple, double-handed or with a full compliment of crew on-board. To give you a better idea of the process behind its thoughtful design and why 122 owners love it so much, read the "Design Notes" or comments about its inaugural sail on the Solent in "Seatrial".

Developed with and built by J/Europe in France, J/122 is distinguished by a well executed high quality interior, a non-overlapping sailplan configuration that helps simplify the deck layout and sail selection. A setback headstay with furler are recessed into the deck to maximize the jib luff length while retaining the convenience of jib furling from the cockpit. Plus, the simplicity of an asymmetric spinnaker flown from a retractable carbon bow sprit, that makes it easy to achieve near peak performance with minimal crew effort.

The J/122 cockpit is ergonomically optimized with a floor mounted traveler, below decks mainsheet system, offshore seatbacks, remote backstay adjuster and an available removable transom storage dock box that allows one to increase cockpit storage for cruising or convert back to a lighter race mode in a matter of minutes.

Several option packages, tailored to specific cruising and racing needs are available. Several key features of the US Model include: